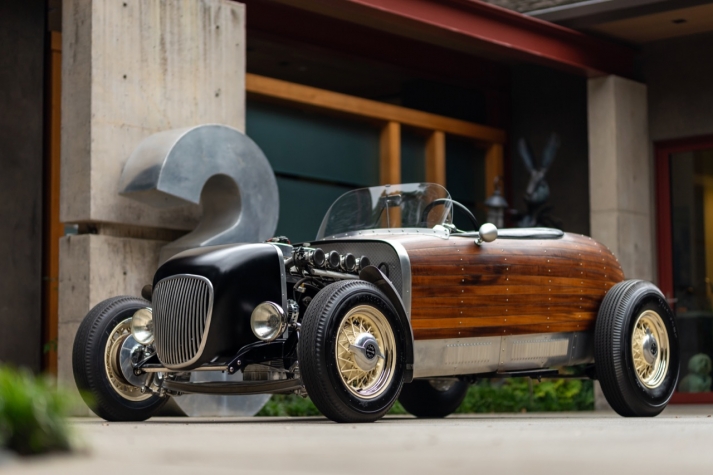 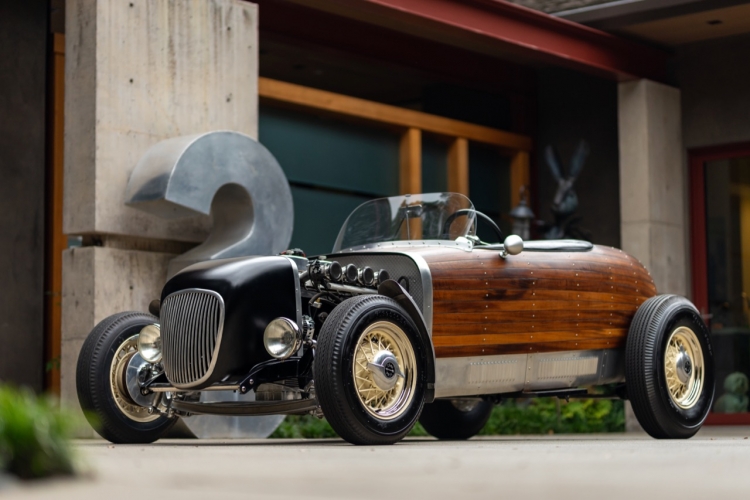 Together with modifications of the chassis for the Model A engine with a cost of over $16k.

The electrical system is twelve volt with an alternator and electronic ignition. It originally had side draft Mikkuni motorcycle carburetors but were replaced with Aeromotive electronic fuel injection. Engine is coupled to a five speed Tremic transmission and hydraulic clutch.

The car initially had a 1929 bare metal Ford roadster body and was featured as a ‘Cover Car’ in Rod & Custom Magazine in August of 2002.

Shortly after this, the body was sold and a new one was designed by the current owner. Built on a series of 1.5” steel ribs welded to the chassis to give it its form, the ribs were then attached ¼ inch x 1.5” Honduran mahogany strips. They are attached with SS button head screws. Each piece was steamed and fitted to create the form. The finished is polyurethane oil.

Some of the build attributes include:

·         Fiberglassed underside for strength and backing

The car runs and drives great with no overheating or stalling. It starts ‘on the button’ and all electrical elements checked and operational.

This car is titled in California as a 1929 Ford Roadster.

An opportunity to purchase a very unique and stunning custom build, inspiring thoughts and memories of the best era for hot rodding in America.