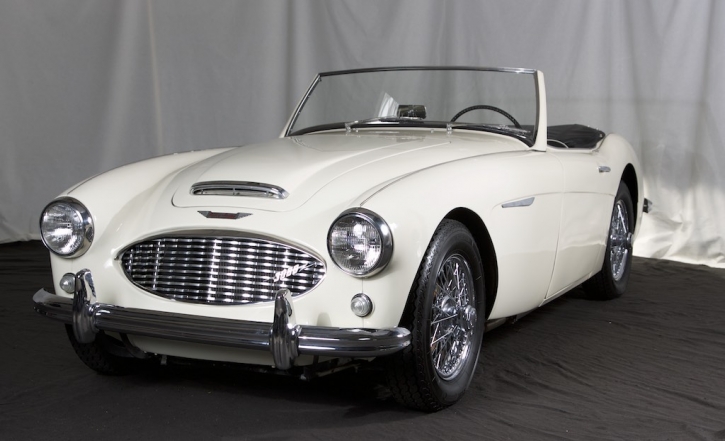 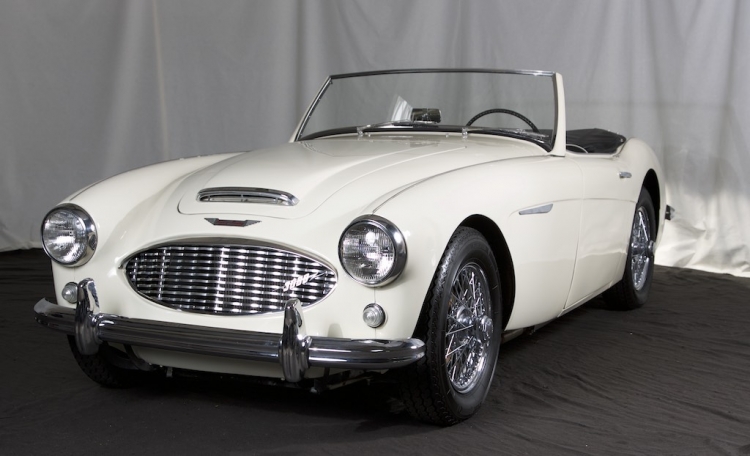 This 1960 Austin-Healey 3000 MKI is in the classic combination of Old English White with Black. It is a BT7 and a ONE OWNER car.


This particular car was sold new on April 20, 1960 to its first and only owner. Yes, a documented one owner car!

Manufactured in the spring of 1960. This car was purchased while the owner was deployed on the USS Forrestal in 1960. It was purchased through a company in Lichtenstein that sold European cars to  American service personel during deployments.

The car was shipped to Jacksonville, Florida and was picked up by the owner that September. The car spent the next three years in the Sanford, Florida area with two trips to Rhode Island in the summers.  Orders came for the French Rivera with the six fleet so the Healey was put on a ship and a couple months later it arrived.  A year was spent there before orders came to move to Rota, Spain.  This necessitated a long drive with two adults (and now two kids) and luggage.   For the next three years Puerta de Santa Maria was its home.

In 1966 the car was ready for a voyage again, this time, Monterey, California. The Healey was shipped to Oakland, California via the Mediterranean, Suez Canal, Indian Ocean and the Pacific. Once in Monterey, it stayed here for a little over two years. In 1969, another transfer of duty at the Pentagon resulted in a move to Springfield, Virgina.

By this time this Healey had been literally around the world!

Starting in 1977 and going through 2013 the car was stored in California.  In 2013 the owner started a partial restoration of the car. This included restoring the gauges, new stainless steel exhaust, new electrical components and upholstery. An illness halfway through halted the restoration. One year lated the car was sent to On The Road Classics to be completed.

This 3000 is cosmetically very nice. The paint is even and bright over the entire car. Some imperfections in the paint on the lower part of the doors and around the hood. New wheels and tires. New side curtains and top.

A single owner car from new that was driven and used while it followed its owner literally around the world. Parked for the last 30 plus years then re-commissioned with nearly $40,000 spent just last year.

A wonderful opportunity to be it’s second owner!