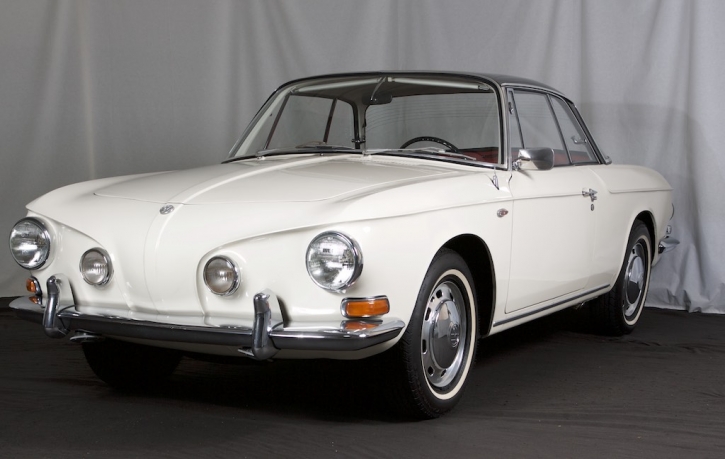 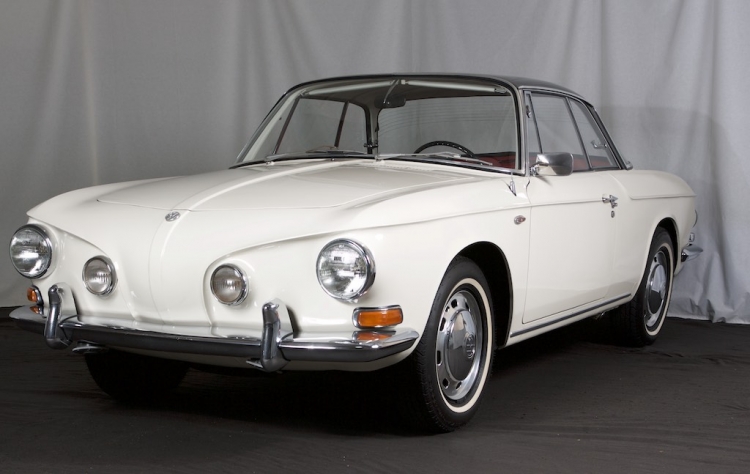 This 1968 Volkswagen Karmann Ghia T34 is finished in its original factory color of Lotus White with Indian Red and has LESS THAN 64k miles.

This car was originally sold new to Frankfurt, Germany on October 27, 1967.

Originally launched as a celebration of the new Type 3 and sporting arguably some of the best looking bodywork ever fit to a Volkswagen, the Type 34 was expensive even by Volkswagen standards in its day; for the asking price nearly two Beetles could have been purchased. In some ways, that makes it the Phaeton of its day, and similar to the Phaeton, it has a small and devoted crowd that love these cars.

T34s are extremely difficult to find in this condition. They were never officially exported to America but most were brought over by Americans working in Europe in the 1960’s.

Mechanically the motor is strong. Sound brakes front and rear.

This car was built on 18 October 1967 (a 1968 model year) at the Wilhelm Karmann Coachwerks factory in Osnabruck, Germany. The following day it was delivered to a Frankfurt Volkswagen dealership where it was first sold on October 27. It has its first service at 1100 miles in Frankfurt.

The car was relocated to Flagstaff, Arizona in the 1970's with its original owner. In 1990 it had 55k miles and was repaired and repainted. ( per the certificate from VW.)  The car was in storage for nearly 20 years with its first owner. It changed hands for the first time in 2011 with 55,373 miles to Stockton, California.  The car was sold to a lady in Malibu, California in March 2012. She drove the car for two years and added 5k miles before listing the car with T34 World Consignments where it was sold to it's current owner here locally in Santa Cruz, CA.

Currently there are less than a handful 1968 T34s in America and this is possibly the nicest original example.

A wonderful opportunity to own this rare Karmann Ghia.