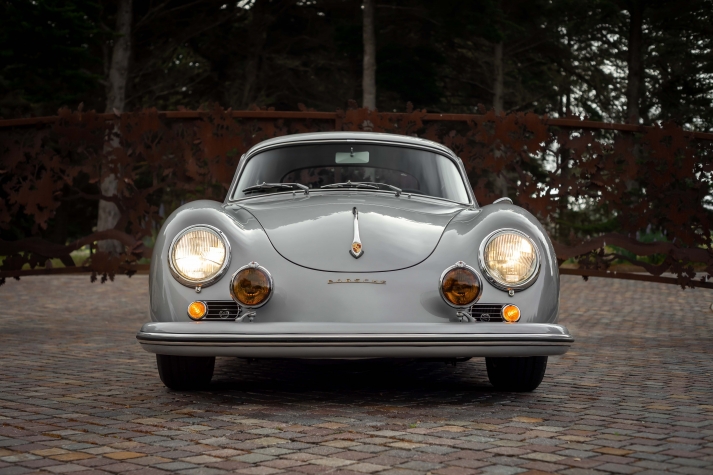 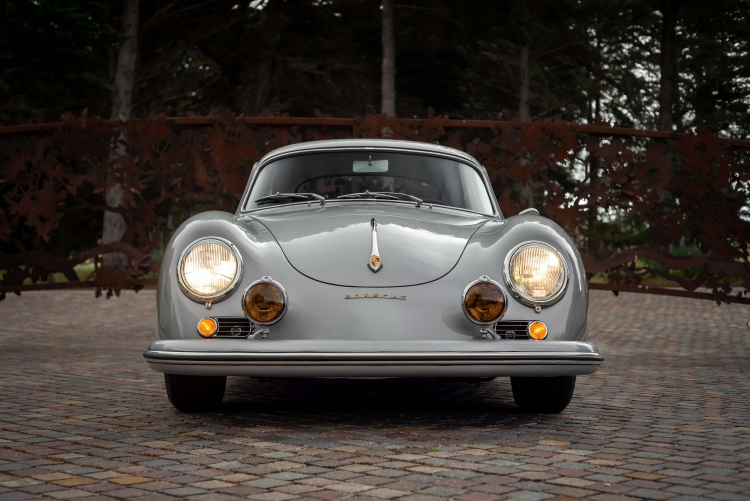 Painted in a period silver with green leather interior and beige carpets, this coveted 356 Coupe has lived a dual life both on the road and on the track.

The story of this Porsche is one of racing and modifications back to stock. The car has always been owned by prominent 356 collectors since the 1980's, including our current owner and noted vintage racing female, Mandy Reimert.

Purchased in 2014 when the car was still a race car, the current owner then converted back to a street car in 2017-2018, as a mild outlaw. Today, the car shows 88,995 miles TMU and is still a step ahead of its stock competitors.

Records tell us that the original paint color was Meissen Blue (5703), a rare color for all 356’s, with less than 2% of all cars leaving the factory this way.

Since the restoration, the car has always been garage kept and well maintained with attention to detail.

Car still retains its original front hood and with pictures of the body numbers included.

The car currently displays some of its T1 features such as the desirable Beehive tail lights which were converted from the tear drop style of later cars. Turn signals, driving lights, headlights and high beams all operated as intended.

Fog lights have also been added as a nice touch, though not currently wired in for use.

For overall drivability, the car is equipped with Disc Brakes, front and rear, and 15” Fuchs wheels on Michelin Defender tires (185/65 R15).

Gauges are bright in clear. Tachometer works well along with the speedometer, although its worth noting the mileage did not turn over during test drive.

Headliner, visors and all internal coachwork trim is in like-new condition. Rubber floor mats can be found along with updated snail-style lap belts and receivers.

Verbal records indicate that the floors were replaced in the early 1980's.

A new period correct fuel tank is also fitted with all new lines and sending unit.

Due to its racing provenance, the car does not retain its original matching number engine, however, a rebuilt 912 engine has comfortably taken its place.

Fitted with rebuilt duel Solex carburetors and big bore kit, the engine undertook a $10,000 overhaul during the restoration in 2014.

Since then, very few miles have been recorded on this 12-volt motor but proves to still run very strong.

The car was also recently serviced & tuned by David Loop European, a marque specialist out of Monterey, California.

S/N 100813 has raced on the both the East Coast and West Coast along with some tracks in the South by several of its owners.

Starting cold on the first turn of the key, this 356 was warm and up to operating temperature in no time.

Car easily was able to get up to speed and shift into reverse when requested.

The addition of the 4-wheel Disc Brakes was a welcomed upgrade as it gave confidence on the roadways and around sharper turns.


All inspections welcome. We ship worldwide.