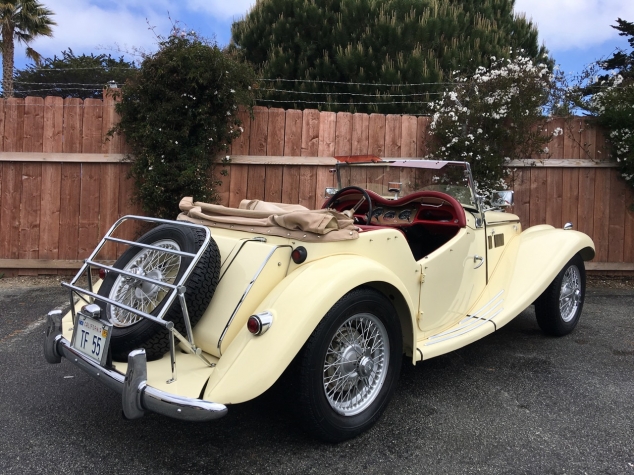 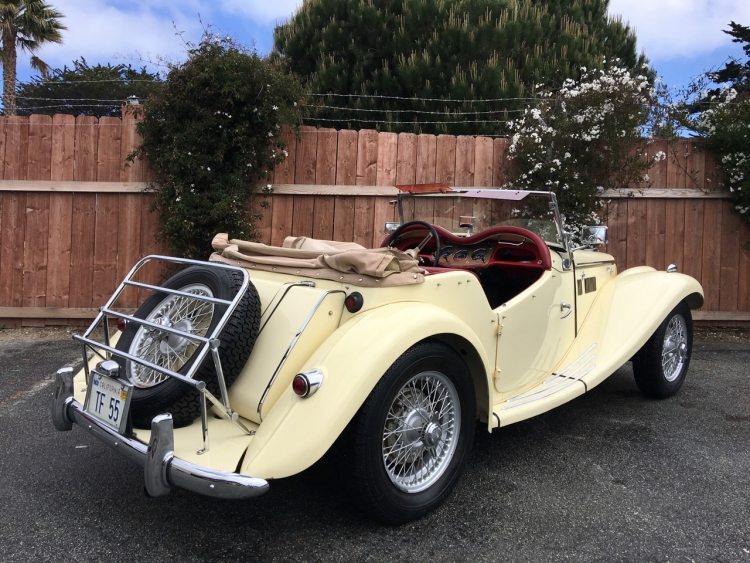 
The MG TF was the last of the T-series roadsters and the only one to incorporate the headlights into the front fenders. Only about 1450 of the TF 1500 roadsters were made in 1955, and they are the " most civilized" of the T-series cars.

This final-year example is among the most desirable and sought after of the T-series cars and still wears it's California license plate from the early 1990's.

This MG is in sound running and driving condition. It has strong mechanicals, sound suspension, and nice cosmetics. It was restored in the early 1990's and has seen little use since.

The car last changed hands in August of 1998.

Some of the documented mileage:

The carpet, door panels and dash are very nice. The top window is clear and pliable. The top frame is in excellent condition as well.

The driver's seat shows some patina. This MG has been in the same ownership since 2003, it's restoration was completed just prior to 2003.

A wonderful opportunity to own this rare 1955 MG TF Roadster.